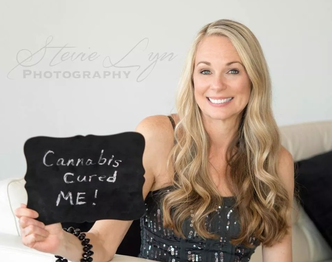 My name is Kelly, I’m 52 years old, and I would like to share my amazing story with you.

On January 18, 2000, after a severe headache prompted a CAT scan, a 3cm tumor was discovered in the left frontal lobe of my brain. I was 38 years old. My two daughters were ages 15 and 12. Immediate brain surgery was recommended by my surgeon. However, after further discussion, due to slow growth and no adjacent edema, he felt it would not be negligent to postpone surgery and monitor the tumor every 3 months with an MRI. The tumor remained stable for a little over three years then suddenly grew 25%.

On September 4, 2003, when I was 41, on my husband’s 42nd birthday, I had surgery at Cedars Sinai in Los Angeles. I spent the next day, our 19th wedding anniversary in ICU. The pathology report came back an Oligodendroglioma grade 2. The surgery was an apparent success and neither radiation nor chemotherapy were recommended. However, since it’s unlikely every cancer cell can be detected and removed, and the nature of gliomas are to grow back over time, it was necessary to continue MRI monitoring every 3 months. Living from MRI to MRI had become our “normal”.
read kelly's full story